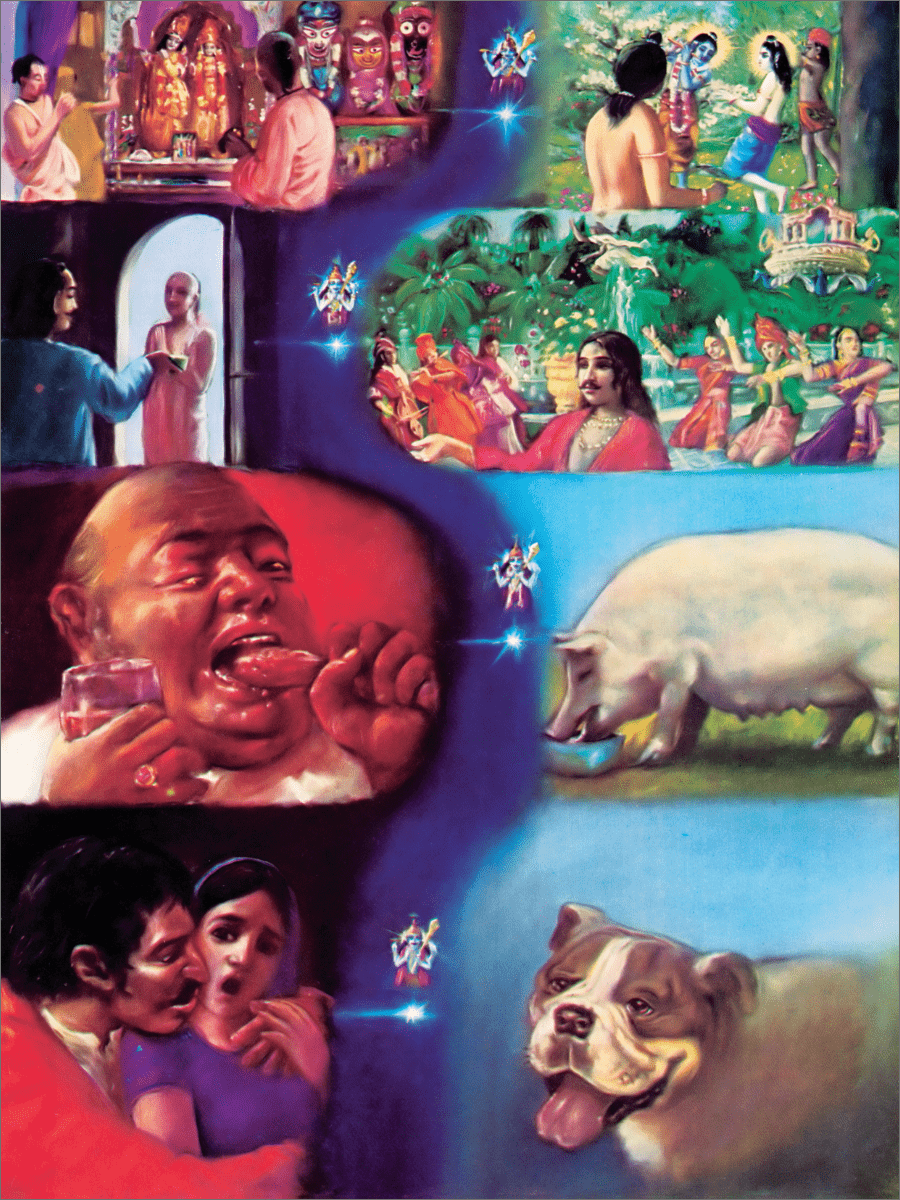 The living entity in the material world carries his different conceptions of life as the air carries aromas.

Bhagavad-gita 15.8 Top section: On the left, a boy is dancing before the Deities of Radha-Krsna. The result of such devotional consciousness is shown on the right, where he is dancing with Krsna as a playmate in the Lord's spiritual abode. Second section: On the left a man is offering charity to a brahmana; on the right he has taken the body of a demigod and is enjoying heavenly delights. Third section: A man is eating meat and other abominable foods; in his next life he is seen in the body of a hog who eats anything and everything. Bottom section: A man is approaching a women with lust. This bestial consciousness carries him to a dog's body.

GET YOUR OWN PERSONAL COPY OF THE BOOK