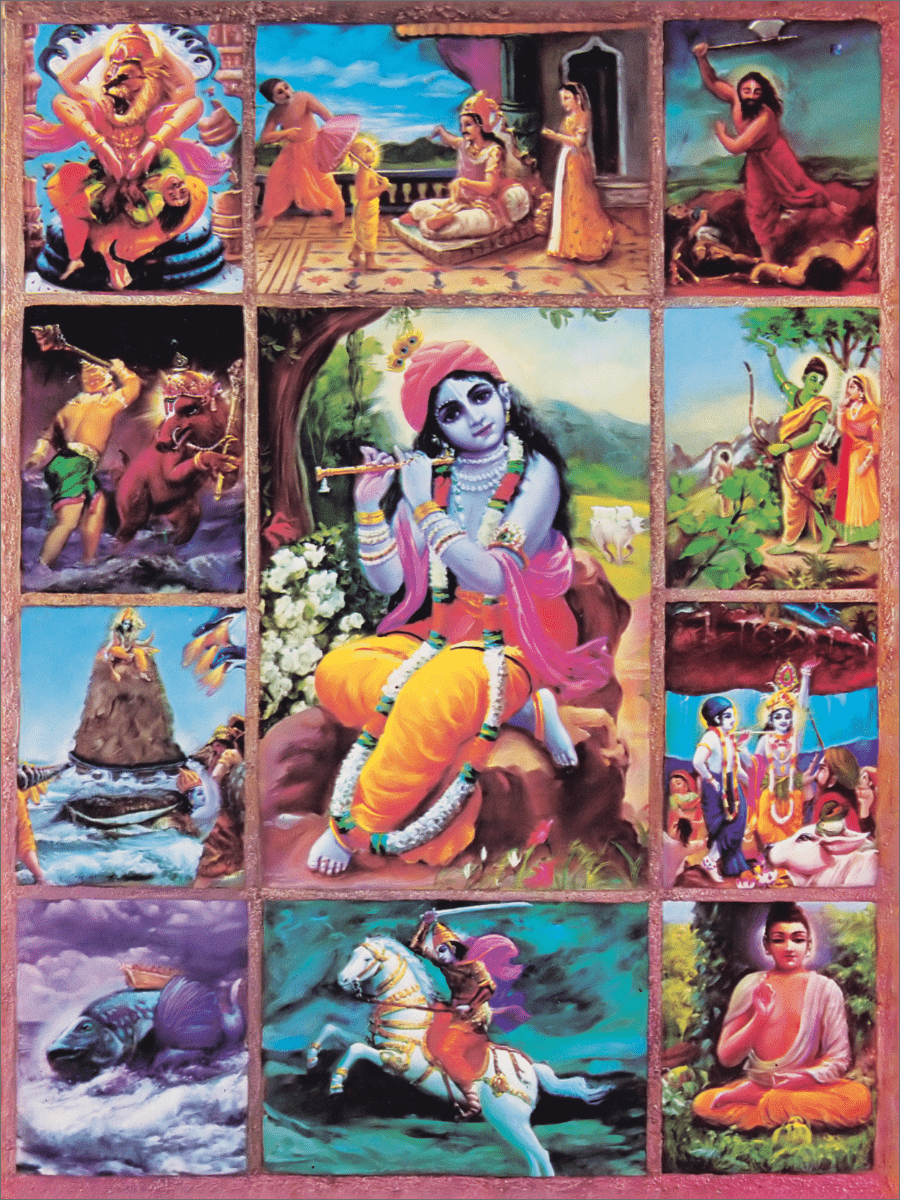 The Lord descends whenever there is a decline in religious principles.

Bhagavad-gita 4.7 In the center square, Krsna is shown in His original two-handed form, holding a flute. Surrounding Him are ten of His eternal incarnations, pictured in the order in which they appear in the material world, beginning clockwise from the lower left-hand corner.
1. Matsya, the fish incarnation, is saving the Vedas.
2. Kurma, the tortoise incarnation, is holding the hill on His back.
3. Varaha, the boar incarnation, is fighting with the demon Hiranyaksa.
4. Nrsimhadeva, the lion incarnation, is killing the demon Hiranyakasipu.
5. Vamanadeva, the dwarf incarnation, is begging some land from King Bali.
6. Parasurama is killing the demoniac ksatriyas.
7. Lord Ramacandra is going off into exile with His wife, Sita, and brother, Laksmana.
8. Krsna is lifting Govardhana Hill, and beside Him is His brother Balarama.
9. Lord Buddha.
10. Lord Kalki is riding on His horse, killing

GET YOUR OWN PERSONAL COPY OF THE BOOK